Support nature, improve farm productivity and connect with community. Join us to explore the potential of on-ground action to improve natural assets on farms.

Try BirdCast on your farm

Our 2023 Sustainable Farms calendar features stunning images of the woodland flora and fauna that is found on farms. It also highlights our research and the multiple benefits of natural asset management on farms. Order your copy now! 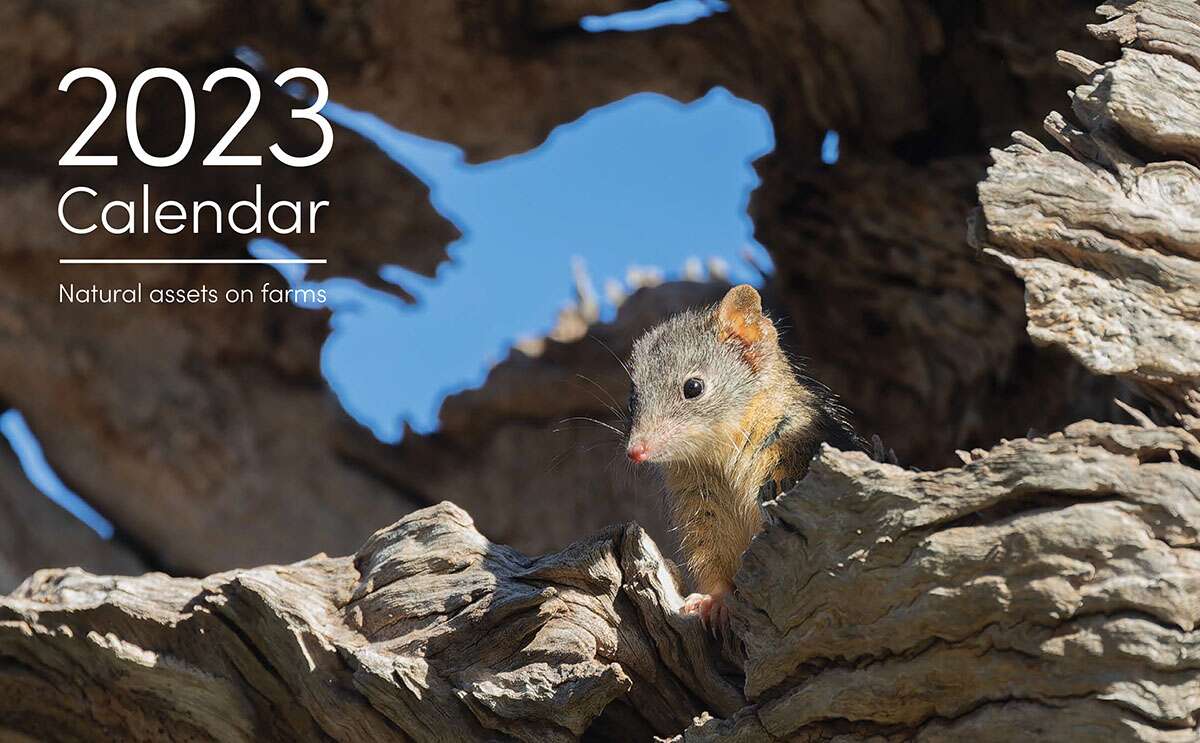 The Sustainable Farms team, creators of a powerful tool that helps farmers identify management actions that could support threatened birds on their properties, is in the running for Australia’s top science prize, the Eureka Prize.

BirdCast, a free web tool developed by our team at The Australian National University, allows farmers to predict the birds living in woodlands on their farms.

The web tool is now in the running for the applied environmental research category in the Australian Museum Eureka Prizes.  The prizes are Australia’s most comprehensive and high-profile science awards. Shelterbelts are generally linear strips of vegetation, intended to provide shelter, shade and wind breaks. Well-managed and diverse native shelterbelts can have productivity benefits for cropping and grazing enterprises while supporting hundreds of species of birds, mammals, invertebrates, frogs and reptiles.

Our new 12-page management guide details the science behind shelterbelts and outlines how to create effective shelterbelts on farms.

The guide is available to download in PDF form, or hardcopies are available to order for the cost of postage.

Find out more and get your copy here Try the BirdCast tool on your farm

Have you tried our digital tool, BirdCast?

Enter some details about your farm’s locations and woodland areas on your farm, and BirdCast will let you know what birds you’re likely to see in your patch.

Modify the variables – for example, add a shelterbelt planting – and find out how that will change birdlife on your farm. 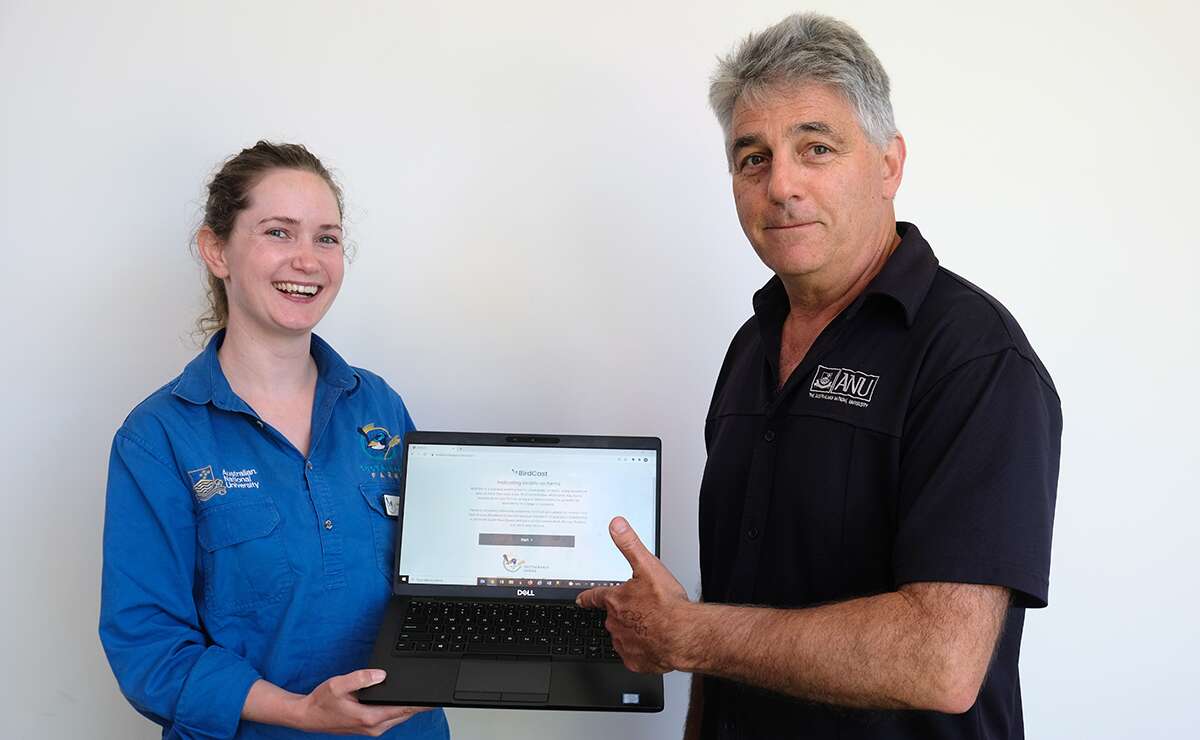 Projects to improve natural assets on the farm

Dams are essential for many farming operations, including for livestock and irrigation. Enhancing a farm dam can lead to improvements in water quality and provide habitat for a wide variety of native wildlife.

Shelterbelts provide shade and wind protection for livestock, mitigate erosion and slow wind speeds. They also support many species of animals, helping conserve wildlife and contributing to natural pest control on a farm.

Scattered paddock trees are vital for agricultural productivity and for the conservation of wildlife. Many of these trees are being lost due to old age, stress and fire, but there are ways to protect and restore paddock trees.

Read more
See all on the farm articles

Meet some of our inspiring farmers

John is on the State and National Council for the Simmental breed. He champions the concepts implemented on Allawah through these forums, and particularly when people come to see their livestock, as well as through their involvement with Landcare and their connections to neighbouring farms.

The Hopkins have battled devastating fires on two separate occasions. After the second fire, instead of re-fencing in the same places as his father had done, they changed where the fences were located. They have since planted extensive areas of native trees and shrubs on Allawah, fencing off corridors and allowing waterways to regenerate John and Nicole are active Landcare members and have hosted a number of field days with Landcare in the past, including workshops for training LLS staff, and trialling rabbit control methods. John also has participated in some short film clips on sustainability with the ANU and Landcare, and is actively involved in supporting policy proposals developed through Sustainable Farms.

The Johnsons have implemented shelterbelts, riparian restoration, management and enhancement of native and mixed native pastures, and management of wooded pastures.

Have you managed natural assets on your farm and seen results? Perhaps you’ve planted trees or fenced a creekline. What did you notice?


Cindy & Steve Scott are planting and protecting native vegetation on their farm near Henty NSW, with benefits for both livestock and wildlife.


Father and son, Derek and Murk Schoen, discuss their strategic approach to planting shelterbelts and the benefits they’ve seen on their farm.


During the drought, Marcus Richardson saw an opportunity to enhance his property’s dams, with the aim of protecting these vital assets into the future.


The Johnsons have implemented shelterbelts, riparian restoration, management and enhancement of native and mixed native pastures, and management of wooded pastures.


Join us for a farm field day to learn about the maximising the benefits of farm shelterbelts, with the Ovens Landcare Network, Whorouly Landcare Group and Agriculture Victoria.


Join Sustainable Farms and Junee Area Landcare for a field day at Bethungra to learn about managing natural assets.


Join us in the Indigo Valley to discuss strategies to prepare for and respond to climate change on farm, with the Indigo Creek Landcare Group and Agriculture Victoria.


Join Sustainable Farms, Mid Lachlan Landcare and Achieve Ag Consultancy to look at the productivity and biodiversity benefits of fodder shrubs on farms.

Our 2023 Sustainable Farms calendar features stunning images of the woodland flora and fauna that is found on farms.

The Future of Farming and Biodiversity in Agricultural Landscapes

The Sustainable Farms team from The Australian National University has been named the Biodiversity Award Winner for the NSW Sustainability Awards 2022.